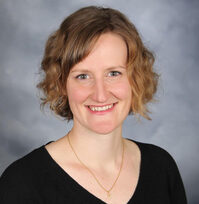 Erin Barnard is currently the director of the Wisconsin Youth Symphony Orchestra Opus One Ensemble as well as the Music Makers Program Director. Erin is a music educator and violinist/violist who has been teaching private lessons and working with ensembles since 2002. She specializes in middle school string instruction both privately and in public schools. Erin plays viola and violin and graduated from St. Olaf College with a Bachelor of Music in 2006. She completed her Masters Of Music Education from the University of Illinois at Urbana-Champaign in 2017. Erin has her National Board Certification, a WI Master Teaching License and was a Kohl Fellow for 2017. She has played in several groups locally and currently plays fiddle in the band Soggy Prairie. 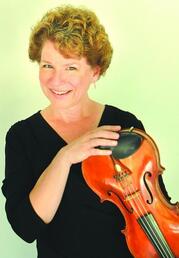 Leyla Sanyer taught for 38 years in Wisconsin public schools and just retired as high school orchestra and music composition teacher in the Oregon School District. She received a BMe (1976) and MMe (1987) from the University of Wisconsin Madison. She is immediate past president of the Wisconsin Music Educators Association and president elect of the NAfME North Central Division. She has been chair of the Comprehensive Musicianship through Performance (CMP) committee, a member of the Wisconsin Challenging Content Standards Task Force, WSMA State Honors Music Project orchestra coordinator, treasurer of WiSTA and Orchestra Chair for WMEA. As a 29 year CMP committee member she has taught at workshops in Iowa, Minnesota, Los Angeles, CA and Wisconsin. Sanyer has been published in the Wisconsin School Musician, American String Teacher and the MENC Spotlight on Assessment. She was a contributor to the book Shaping Sound Musicians (O’Toole, GIA Publications). She serves on the WSMA Publications Committees and was a member of the Wisconsin Department of Public Instruction task force to revise the Wisconsin State Music Curriculum Guide. She has served as a clinician around the Midwest, has initiated a youth orchestra, mentored numerous student teachers and written grants for innovative classroom projects in chamber music, alternative styles and music commissions. She has presented at the WI State Music Conference in the areas of CMP, advocacy, improvisation and music composition in classrooms. As a violinist Sanyer has performed in the Oakwood Chamber Players, Camerata String Quartet, Madison Symphony and Wisconsin Chamber Orchestras. Recipient of the 1980 Manitowoc Teacher of the Year Award, 1992 Klug Award for Teaching Excellence, 2002 Lawrence University Excellence in Secondary Teaching Award, the 2004 Elizabeth A.H. Green Public School Educator from ASTA and the 2011 Crystal Apple Award, many of Sanyer’s students have gone on to become teachers, composers and performers, as well as successful in life.

Randy Swiggum has enjoyed a diverse teaching career that has spanned elementary general music, high school choir, college orchestra, music theory and conducting. As composer, conductor, teacher, and advocate for young people in the arts, he has established a reputation for musical excellence and a commitment to music education through performance. A frequent guest conductor of orchestral and choral festivals, he recently conducted the first ever Pennsylvania ACDA/PMEA All-State Junior High Choir, the New York City InterSchool Festival, the Singapore American Schools Music Festival, the MENC All-Northwest Honor Choir in Portland, and American Mennonite Schools Orchestra Festival, the Northern Arizona Honors Orchestra, and both the Wisconsin Middle Level Honors Choir and Orchestra.

A passionate advocate for a richer learning experience in choir, band, and orchestra, he has served as Chair of the Wisconsin CMP (Comprehensive Musicianship through Performance) Project, now in its 32nd year. A frequent presenter at MENC, ASTA, and ACDA conferences, he has addressed the Pennsylvania MENC on "The Art of Rehearsing," as well as the Maryland MENC, the ACDA North Central Division in Des Moines and Easter Division in Hartford, CT, the Texas Orchestra Directors Association, and national conventions of the MENC in Phoenix and Kansas City. He has conducted successful performance tours to Austria, Germany, Switzerland, Canada, Scotland, and throughout the U.S. His choirs performed throughout Italy under the auspices of UNESCO, in Brazil as guests of the city of Rio de Janeiro and Intercultura Brasil, and with the Icelandic National Symphony in Reykjavik under the direction of Lukas Foss. In 1998, he conducted the University of Wisconsin Symphony Orchestra in Prague, Brno, Bratislava, Budapest, and Vienna. Well known to Wisconsin theatre audiences as a conductor of opera and musical theatre, he has music directed over thirty stage works including the 1991 premiere of the Theatre X opera, Liberace. He created the music for celebrated director Eric Simonsen's new production of Moby Dick for the Milwaukee Repertory Theatre, named by TIME magazine as one of the 10 Best Theatrical Productions of 2002.

As a writer, Swiggum has served as music critic for the Milwaukee Journal, as author of the book Strategies for Teaching, published by MENC (1998), and as a co-author of Shaping Sound Musicians (GIA, 2003). He also serves on the American Symphony Orchestra League Board of Directors-Youth Orchestra Division. He was Artistic Director of the Madison Children's Choir from 1996-2000, and currently conducts the Madison Boychoir's top ensembles, Britten and Holst. He has taught at Whitefish Bay High School (Milwaukee), and at the University of Wisconsin and Lawrence University. His degrees are in music education (B.M.) and orchestral conducting (M.M.) and he is currently a Ph.D. candidate in musicology at the University of Wisconsin-Madison.
​
In 2005, he became the Education Conductor for the Elgin Symphony Orchestra, planning and conducting its youth concerts. His acclaimed young people's concerts with the ESO have prompted invitations to create and conduct similar concerts at the Aberdeen International Festival, and with the Boise Philharmonic and the Florida Orchestra. In the 2007, he made his subscription concert debut with the Elgin Symphony Orchestra and "The Mambo Kings," and also conducted the APAC Orchestra Festival in Seoul, Korea, and the IMEA District IX Junior Orchestra. Last year, Swiggum was recognized by the Illinois Council of Orchestras as the 2008 Youth Orchestra Conductor of the Year.
Proudly powered by Weebly