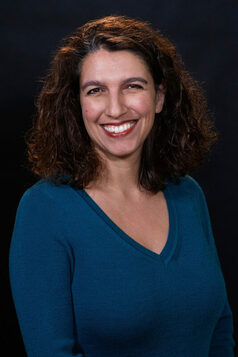 Karen Bruno is the artistic director of, and teacher within, the Lawrence Community Girl Choir program in Appleton, WI. She received her Bachelor of Arts degree from Smith College, a teaching certificate from Lawrence University's Conservatory of Music, and her Master of Music degree from Boston University. She has taught choral music in the Appleton and Oshkosh, WI school districts and at an international school in Dakar, Senegal. Bruno has taught Lawrence Conservatory music education classes and has served as both cooperating and practicum teacher for pre-service music educators. She is currently the director of the Lawrence Community Music School.
Bruno has conducted numerous all-state, honors, and festival choirs, served in a variety of capacities on the boards of the Wisconsin and North Central chapters of the American Choral Directors Association, is a member of the VoiceCare Network, and serves on the committee that teaches the Comprehensive Musicianship through Performance (CMP) instructional model. She is a two-time recipient of Wisconsin Choral Directors Association's Five-Star Award, a recipient of Lawrence University's Pi Kappa Lambda award for excellence in music education, is a Rotary Scholarship Award winner, and was recognized by the Danbury (CT) Music Centre for providing outstanding musical opportunities for youth in the United States. Under her tutelage, Bel Canto was awarded Second Place in the national American Prize competition and has performed, by audition, on state and regional conferences of choral conductors. 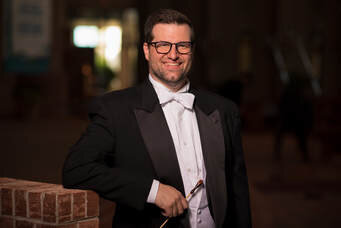 Paul B. Gregg is the Director of Choirs at McFarland High School where he conducts three curricular choirs, the McFarland BlueNotes and teaches Music Fundamentals, Music Theory, and Musician's Studio.  He also serves as the Producer and Music Director of the annual Musical, Assistant Supervisor of the McFarland PAC, and Advisor to the PAC Pack club. He is a member of the "Hope Squad" and an ally of all LGBTQIA humans.

In addition to teaching at MHS, he has been a member of the Wisconsin CMP (Comprehensive Musicianship through Performance) Committee since 2018, helping Wisconsin music teachers use the CMP model to realize their best teaching selves.  Mr. Gregg joined the Coordinating Staff of the new Wisconsin All Stars of Music touring program in 2022, and he serves on the WCDA board as Chair of the Refresh! project, part of the WCDA Summer Conference for choral music educators.  In the "in between" moments, Paul Gregg sings tenor with the Madison Choral Project, Wisconsin's professional choir.

Mr. Gregg earned a Master’s degree from the University of Iowa in Choral Conducting, and Bachelor degrees in Choral Music and French from UW Stevens Point.  He has been a guest clinician and has a WSMA Master Adjudicator certification for festivals. He previously taught for twelve years at Luxemburg-Casco HS, adjunct voice for two years at UW Green Bay, and for six years at O’Keeffe Middle School in Madison. Mr. Gregg lives in McFarland with his wife and three children. 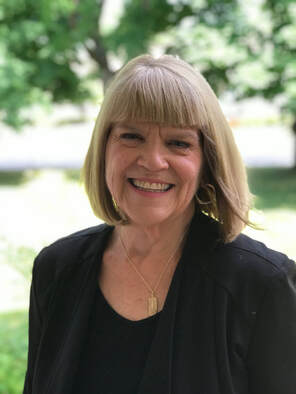 ​Susan McAllister retired from a 35-year career in the Green Bay Area Public Schools where she taught elementary and junior high General Music, junior high choirs, and spent 23 years as Director of Choral Activities at Preble High School. Her responsibilities at Preble included the direction of 4 curricular choirs, Madrigal/Vocal Jazz Ensemble, Show Choir, and an annual all-school Broadway musical. The Preble Choirs performed throughout the nation at various festivals, sang with the Milwaukee Symphony Orchestra, and participated as a guest choir at the UW-Eau Claire and Lawrence University Choir Festivals. The Preble Madrigal Singers, Center Stage Show Choir, and Preble Chamber Choir appeared in concert on four occasions at the conventions of both the Wisconsin Choral Directors Association (WCDA) and Wisconsin Music Educators Association (WMEA).

Susan has served the Wisconsin Music Educators Association as the State Choir Representative, Northeast Region Vice-President, and WMEA State President, co-founded the Wisconsin Advocates for Music Education (WAME), and served as section leader for the WSMA Honors Project Vocal Jazz and Treble Choirs.  Her professional involvement with the Wisconsin Choral Directors Association (WCDA) include Convention Registration Chair, Advocacy Chair, Convention Chair, WCDA President and founder of the “Refresh!” Summer Workshop for choral directors.  She served on the WMEA Comprehensive Musicianship Through Performance Committee (CMP) for many years and is a passionate advocate for deep and comprehensive learning within the music classroom.
She has presented at conventions in Wisconsin, Iowa, South Carolina, at the National NAfME Convention, is a clinician and guest speaker for various choral programs and college music education/choral classes, and a guest conductor for choral festivals and honor choirs.  Susan has taught graduate classes for music educators at Silver Lake College, and various summer workshops. She supervises student teachers and has taught music education courses at the Lawrence University Conservatory of Music, St. Norbert College, and the University of Wisconsin – Green Bay. She enjoys being an active clinician, adjudicator, and guest conductor throughout the Midwest.  Susan is a proud recipient of the Green Bay Chamber of Commerce Partners in Education Golden Apple Award for Excellence and Innovation in Teaching and is the 2020 recipient of the Wisconsin Choral Directors Association Morris D. Hayes Award.